For the longest time I felt worthless.

(This is a peppy start, I know… but stick with me here)

And… the perception of worthlessness– as it so happens– spreads.

You see, when YOU feel worthless, that denial of value automatically transfers to everything and everyone else in your immediate presence.

There can be no value when the most valuable is perceived to have none.

Feminine energy is in itself a paradox.

The seat of inspiration and intuition.

And the creatrix of everything of priceless value.

But if you don’t value it– it will kill you.

Like if you don’t “work hard” you’ll be swallowed up by spending all kinds of time on the senseless instead of the “meaningful” (and sensual).

Instead of “creating” value, you’ll just… sink into Netflix and chill.

After all, it’s the masculine that does the ACTIONS of creation.

It’s the feminine that provides the insight and standards for that activity.

This is why giving is masculine.

And receiving is feminine.

But the masculine won’t give when it’s required, only requested.

And the feminine can only receive when she believes in her worth.

Sometimes the idea of being “open to receive” sounds just like “well, we’re going to sit around here and not accomplish anything.”

It also sounds like “how am I going to get my ‘needs’ met if I don’t go out there and DO STUFF”?

That’s why the feminine always carries more anxiety than the masculine.

And we’ve been taught a LOT about how achievement is value.

But that’s not the whole truth. Never ever.

That’s the thing about feminine energy. It can bring even the hardest man to his knees.

But ONLY when she values herself highly enough not to be run by the masculine (or anyone).

Because without the feminine container and spark of inspiration, nothing of priceless value is ever created.

However, the feminine gift of intuition at her highest doesn’t suffer fools.

When she’s denied, she leaves.

Leaving us to Netflix and chill in full creative shutdown until we eat ourselves alive, out of sync with the true seat of receptivity and creativity.

And, the men in your life respond exactly the same way.

They’re just a mirror of where you’re at.

If you hate you– sooner or later, you’ll have all the evidence that HE hates you.

Which sounds like bad news, but here’s why it’s not.

The opposite is also true.

Even if you’re feeling at your lowest of the low– because the men aren’t cooperating or your life is a hot mess or you just happen to have some brand of biological nastiness that doesn’t care to cooperate with your best attempts at happiness.

Or even if you have a very real laundry-list of problems out there (and in here) to deal with.

Even if you would never dare admit it and everyone around you truly believes “EVERYTHING IS PERFECT” with you.

Even if you feel like you’re not even worth a crust of bread– divinity disagrees.

Because you’re still kicking around here, trying to get all of this figured out.

And that is priceless. 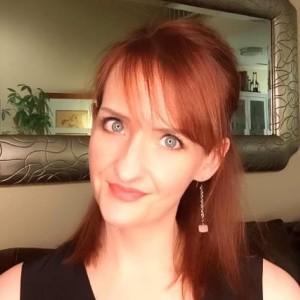 Elizabeth Stone is head love coach and founder of Luxe Self and Attract The One. Through her coaching, writing and online programs she has helped thousands of people create amazing, soul-level connections.
PrevPreviousWhy The Advice “Just Have Confidence” Is Bullshit (And Here’s What Will Make You Magnetic Instead)
Next“I Hate/Love You… Please Don’t Leave Me” How To Alchemize RageNext

Luxe Self’s mission is to bring more love into the world by helping 1 million people become the most irresistible, happy versions of themselves without having to sacrifice their dreams, play small or settle for less.
Facebook
Instagram
Pinterest
Youtube
Luxe Self Scroll to Top

Overcome The 7 Blocks To Manifesting Love

Find out the 7 sneaky blocks keeping you from manifesting an amazing, happy, connected relationship and what you can do about them, starting immediately. Even if you're single or "it's complicated."

We do not sell or share your information with anyone.